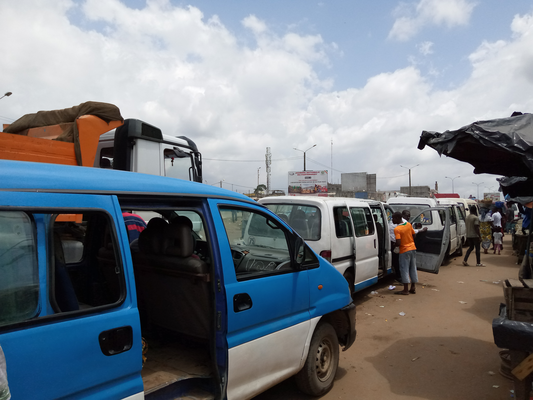 How can sustainable and accessible transport infrastructure be planned and built when much of the travel is undertaken by artisanal transport?

This question is being asked by the Ivory Coast’s Ministry of Transport as it plans several large-scale projects as part of its Abidjan Urban Mobility Plan.

With the financial and technical support of AFD (French Development Agency), the Ministry has therefore launched a project to map formal and informal transport in the Abidjan district.

The goal that is now reached is to produce a digital copy of the transport network, as high quality and up-to-date, in order to better guide public action.

The Systra and Jungle Bus companies have responded to this call in 2019 and produced the Abidjan transport data: it is now available to all on DigitalTransport4Africa resource center .

In line with DigitalTransport4Africa previous projects, the project has adopted a strategy to contribute to digital commons. The challenge is to ensure that the production of transport supply data is a digital foundation of shared knowledge that benefits to everyone, both public authorities and third parties (universities, companies and citizens) willing to add value and solve mobility issues.
Therefore, all the produced data is available under a free license and the project team has developed and contributed to several open source reusable tools.

First and foremost, the project chose OpenStreetMap (OSM), the Wikipedia of maps.
This collaborative mapping project from around the world allows everyone to participate and create geographic data of their own neighborhood. It is today the largest geographic database under open license and in many countries it is even the most complete map that exists. It brings together the contributions of a diverse community, from committed citizens to businesses and universities to local authorities and international organizations.

With the support of the OpenStreetMap Côte d’Ivoire association, which promotes the project in this country, all transport data has been created in OpenStreetMap.

The first stage of the project was to make a diagnosis of the transport lines to be surveyed. For the inhabitants of the district of Abidjan, 80% of trips are operated by informal transport. However, by definition, poor information exists for these networks. This is why lines identification has been carried out in collaboration with the local authorities: on the basis of the information already in their possession, the team travelled to the various bus stations and connection areas in order to complete the list of the lines that stopped there and their destinations.

OpenStreetMap contributors from each municipality of Greater Abidjan were mobilized for this task in order to bring their local knowledge and their experience of these informal transport networks; they then have been trained to carry out detailed field surveys. More than 10 people were autonomous in order to carry out a full collection of the transport network but also to collect schedules, surveying at the major transport hubs of the district.

Equipped with a smartphone on which was installed a mobile application specific to the project, these collectors then surveyed both land and lagoon transport networks.

The next step was to model the transport network in OpenStreetMap from this very large amount of raw data. The creation of this digital twin requires serious consideration of the method of data creation in order to structure the information and make it easily re-usable: specific tools have been developed to achieve this goal (see below in this article) and a specific methodology was created based on the experience of OpenStreetMap contributors involved in the project.

The level of quality is ambitious: the data produced must be able to be used as much for studying the network, in order to change public transport policies, as for the use of passenger information. On the basis of the data, a schematic transport map was indeed created by the company Latitude Cartagène as well as several prototypes of mobile application for calculating the route.

The project documentation, also under a free license, as well as the training materials carried out in Abidjan will allow you to find out more. In addition, you could freely use these guides, tools and methodology to adapt on your own territory.

In addition, all the technical tools used and created for the project are available under an open license, and can be used for other mapping projects. The team’s expertise in both public transport and OpenStreetMap has enabled the development of specific tools that are perfectly adapted to the needs of the contributors.

Here is a small pick:

OSMTracker and its transport layout
-> A mobile app for collecting information on board: location and name of stops, track and shape of the route, observed speeds, vehicle filling, etc.

The tool’s simplified interface speeds up the creation of frequency data for transport routes.

Some other technical tools have also been developed to facilitate the work of data entry and quality control in OpenStreetMap in order to create accurate and usable data.

The project in Abidjan once again confirms the relevance of digital commons and OpenStreetMap to efficiently map transportation networks.

Indeed, this rich ecosystem facilitates collaboration between local communities, funders such as the French Development Agency (AFD), local authorities and mobility experts, for the benefit of all.

In 2021, various projects are in progress to create a better passenger’s information based on these data. Jungle Bus and OSM-CI are running additional campaigns to update the data to better model the evolution of the network.

More information about this project is available on http://sites.digitaltransport.io/abidjantransport